The Safety Center for Jackson Township was dedicated June 8, 2003. Until 1952, Township residents contracted with municipalities closest to their neighborhoods to provide fire protection. In that year, a meeting was to be held to organize an all-volunteer Fire Department for Jackson Township. In 1953, the department began responding to calls from Township residents- the department answered 37 calls in its first full year of operation. Volunteer firefighters were paid $1.00 a year

Fire Station No. 1 was built entirely through community donations - the first levy to support the fire department was passed in 1971. The levy was for one mill.

Fire station No. 2 was built in 1960 on Traphagen St, and two other stations, one at the Wales- Strausser intersection and the other in the Belden Village area, were added in 1971.

By the early 1970s, the Township had grown in population and residential and commercial development, and the fire department was responding to more fire an emergency calls. In 1970, firefighters answered more than 300 calls, more than double the figure from just five years before

In 1972, six paid firefighters were hired to assist the 80-member all-volunteer department. Professional firefighters worked the day shift, the time when most of the volunteers were at work and might not be able to answer fire calls.

The 5th station has been built on hills and Dales, and to keep up with the residential growth, The township's fire department answered about 4000 calls per year and 2003.

The safety service building now houses fire station No.1 as well as the administrative offices for the department. The facility also provides a new home for the Police Department, which had outgrown its headquarters on Fulton road, a building that was once a grocery store and was not designed to house a police force. The building, located at the center of the Township, is almost 52,000 square feet but provides room for growth in each department. Funding for construction of the new building came from estate tax funds. e your paragraph here.

The lunch pail or lunch box as it is now called has gone through several designs. The original lunch pails were a recycled tobacco box or lard can. In the late 1800’s, men would put their lunch in the metal cans to protect it from their job. Miners lunch tins smelled like the mines, could you imagine what their lunch would smell like if not protected. Children would also use a cloth bag or covered metal pails to take their lunch to school.

The Jackson Township Historical Society has a few lunch pails from the 19th century, they vary in size and shape. At various times of the year they are on display. If you have an old lunch box or lunch pail, you would like to donate or if you would like to see the ones at the Historical Society, contact McGuffeyJTHS@gmail.com.Type your paragraph here. 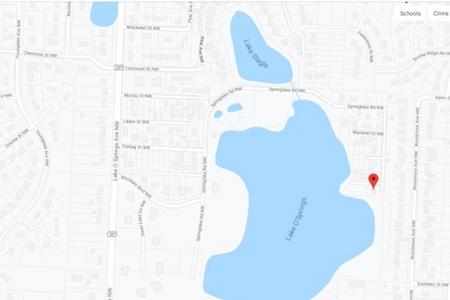 From the Canton Repository newspaper, in a Q & A column:

Q: When you enter North Canton’s ZIP code — 44720 — in some search engines, it brings up Lake Slagle. What is that?

Written By Angelena Manova
​
The term Renaissance man originated from the Renaissance era, where philosophers in 15th-century Italy coined the idea that “a man can do all things if he will.” Despite this idea arising in the 1400s, Jackson Township saw its very own Renaissance man just one hundred years ago. Nelson Menotis Keck, born in 1873, was a prolific contractor, teacher, clerk, and minister, among many of the other activities he participated in and excelled in. The eldest of twelve children, six boys and six girls, he was born in McDonaldsville, Ohio. As a child, he attended the local school, but was incredibly intelligent, insofar as the teachers soon had nothing more to teach him. Keck was hired as a teacher in 1891, where he would have been just eighteen years old.

During the summer, when school was off, Keck expanded his repertoire of knowledge by working as a contractor. He bought a farm and fixed it up for six years to create a family home. Located today near Wales Avenue NW, his home was one of the first in the area to have indoor electrical and plumbing, all installed by Keck himself. In addition to houses, Keck built barns in the Jackson Township area.

But his areas of expertise didn’t stop here. Keck was ordained in 1904 as a minister at the Evangelical church, known today as the United Methodist Church. And in 1922, Keck served as the Clerk of Jackson Township, aiding in the organization of court cases. Despite all these professions, Keck never failed to make time for his family and explore more unique interests. An avid reader, Keck had a large library built in his home, with hundreds of books he loved to share with his seventeen children. He grew citrons in his garden, forged his own knives, tried out woodworking, and even dabbled in cooking. Nelson Keck had distinctive passions, and he followed each of them through in his life. Whether it was a professional position or a personal interest, he did each of his activities fervently and successfully. After a strong battle against cancer, Nelson Keck died in the home that he built, and hundreds of people came to visit him. He made a profound impact on Jackson Township, one that can still be seen today in the Keck Park on Wales Avenue, as well as so many other aspects of life here in Jackson. Keck truly embodied the ideal of a Renaissance man in this way; he not only followed all sorts of passions, but made a lasting impact with them.Type your paragraph here.